It is Goa Chief Minister Pramod Sawant’s birthday today. As it is his first and definitely his last birthday as the CM, he is not celebrating it, not that he has anything to celebrate about. He has asked us not to spend on releasing newspaper advertisements’ or on those floral bouquets.

Pramod Sawant would be content if we gift him envelopes of hard cash so that he can further amplify his huge property holdings in Goa. The Rags to Riches Pramod Sawant has given up as an ayurvedic practitioner that he was and now is a full-time real estate magnate having acquired over the last few years huge properties in Goa and the neighboring States. His tenure as Chairman of the Goa State Infrastructure Development Corporation (GSIDC) was a Gold mine for him. No wonder he is now better known as Mr. Property Sawant.

The people of Goa can only but cling to the faint but perhaps forlorn hope that having notched another year he will be wiser and act with integrity and in the best interests of all the people that he has sworn to serve instead of his personal property interests. 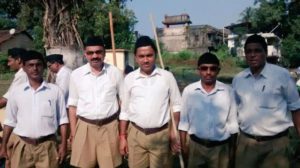