The entire nation is all geared up to get rid of the very dictatorial, autocratic and ever so corrupt BJP.

So when Goa on 23rd April votes to elect our two Members to the Lok Sabha let us with all our determination and strong conviction select and elect the Congress candidates,  Girish Chodankar in  North Goa and Francisco Sardinha in the South whose symbol is the HAND.

This electoral battle in Goa is clearly between the Congress and the BJP so let us not waste our very precious votes on AAP who have been hired as agents by the BJP to split votes or the other parties and independents as that may only help the BJP sneak in by default which nobody wants.

On 23rd April there will be also be three by-elections to the Goa Legislative Assembly. In Mapusa we should not look beyond the very formidable Congress candidate Sudhir Kandolkar, as the next MLA as he has tirelessly and so outstandingly served his constituents for over two decades very dedicatedly.

At Mandrem and Shiroda let us vow to ruthlessly defeat those political prostitutes Dayanand Sopte and Subhash Shirodkar who acting as pimps defected for the sake of Power and enriching their pockets. This blatant abuse of the trust that people placed in them has now resulted in tax-payers being burdened with these unnecessary two by-elections.

On April 23rd let us vote cautiously at these very crucial elections as there will be no room to regret later. We can only reap what we sow. We will not be forgiven by present and future generations if we do not seize this golden opportunity to get rid of the BJP scourge of the last few years, of rampant corruption, bad governance, paralysis and stagnation by now voting for the Congress.

Let us Vote for the good of Goa and to rescue our sinking State for the sake of Posterity by voting Congress whose symbol is the HAND. 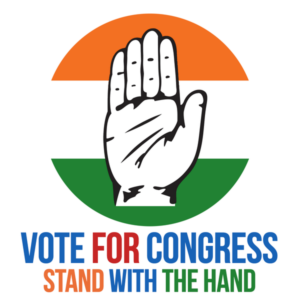