The people of Goa have a right to know whether the now very devious DGP Dr. Muktesh Chander in the name of those so called ‘TRAFFIC SENTINELS’ has been trying to cunningly camouflage his underhand and blatantly dishonest dealings within the department.

Acting against violators of traffic rules and regulations is unacceptable when the government abdicates on its bounden responsibility to ensure that citizens rightfully get roads which are motorable and pothole free. In fact the Bombay High Court has ruled that good roads is our fundamental right. Did our DGP ever care to look into the cattle squatting on our highways besides the dogs and pigs crossing our roads which are a cause of many accidents, some being fatal.

It is no secret that Dr. Muktesh Chander with the tacit blessings of his God Father, Messiah and Guru Chief Minister Manohar Parrikar has been patently violating every possible laid down governmental administrative Protocol.

Dr. Muktesh Chander has been Goa’s first DGP to very high-handedly station a Goa Police Vehicle in Delhi for the convenience of his family and extended friends. A very extraordinary and unacceptable sorry state of affairs.

Less said the better on how the Dabolim Police Station staff have been repeatedly coerced to rake in the US Dollars as pocket money for the frequent overseas trips by Dr. Muktesh Chander’s better half.  Besides, the DGP needs to hang his head in utter shame when he dares to entertain the underworld and violators of law at his official residence.

Goa’s current lawlessness is there for all to see, and it reflects the ground reality that officers in charge of prime and lucrative police stations have been raking the moolah at the behest of their boss. Such a DGP cannot command any respect from his forces.

If Dr. Muktesh Chander is hoping to clandestinely make our Goa his retirement nest, he is in for a shock, a very rude one indeed.

DGP Dr. Muktesh Chander’s huge bungalow at Socorro which is under construction sponsored by various of his gullible Police Inspectors would in fact  be an ideal venue to house the much needed Police out-post within the jurisdiction of a now crime ridden Porvorim Constituency.

Less said the better on the traffic mayhem in Panaji especially on the weekends created by the unruly Casino vehicles. I have on numerous occasions sought Dr. Muktesh Chander’s intervention but his inaction comes as no surprise. Perhaps the Casino mafia is tiling his bungalow and possibly furnishing it too.

Mr. DGP, time to play ball with your Flute in the right tunes. Kindly do not take Goans for granted.  You have crossed all acceptable and permissible limits. Enough is Enough.  While your cops have been looking the other way, Goa has lost a lot of its grass but fortunately has abundant venomous Snakes all around.

I once had high respect for Dr. Muktesh Chander but am so dismayed now at all the evidence against this Political scum. 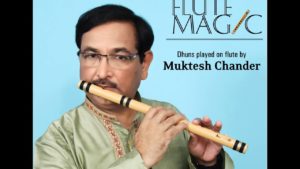