The BJP is planning to hold the birthday celebration on SAG grounds at Campal in Panaji with an estimated 25,000 audience along a host of BJP leaders from Delhi including Home Minister Rajnath Singh and Road Transport Minister Nitin Gadkari. No expenses including the hosting of the central leaders in Goa should be loaded on the tax payers.

Manohar Parrikar is known for misusing power in masking BJP functions as State functions and getting the government to illegally foot the bill. Such gimmicks adopted by the BJP in the past should not be allowed. The State of Goa which is currently reeling under an acute financial crunch has even issued a circular to all departments to strictly curb all unnecessary expenditure as an austerity measure.

According to BJP sources, some senior party leaders under the guise of Manohar Parrikar’s birthday celebration fund have already started asking Casino operators, Matka bookies and the Builders to pay up. Those running the flesh and drug trade will also be asked to pour, in return for the patronage and favours they are getting from the government. Advocate General Atmaram Nadkarni has reportedly been kept entrusted the task of collecting from the mining lobby and business houses. Incidentally Atmaram Nadkarni’s grand 50th Birthday bash at the five starred Taj Fort Aguada at Sinquerim on 23rd November 2013 was fully funded by forcibly collecting from all and sundry.

It is appalling that the BJP has been stooping to such low levels after having usurped power in 2012 on a fake promise of Good Governance and Zero Tolerance to Corruption. It has however been a Parivartan for the worse with Goa only further sinking by the day.

Manohar Parrikar is a Member of Parliament from Uttar Pradesh, so why is the Defence Minister not celebrating his 60th birthday in the midst of his constituents at Lucknow instead of trying to high-handedly burden Goa’s tax payers. 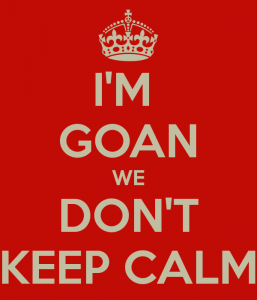