There are already huge cracks all along the Miramar-Dona Paula Road which is currently being concretized. The Goa State Infrastructure Development Corporation (GSIDC) should conduct an immediate quality control audit and stop any further payments to the contractor on account of the awfully shoddy and very substandard work.

The concretization of Miramar-Dona Paula Road at a whopping cost of over Rs 84.63 crores is a criminal waste of public funds. The Miramar-Dona Paula road which was hot mixed in January 2014 at a the cost of Rs 1.63 crores was in less than a month soon dug up by GSIDC to concretize the road at a cost of Rs 84.63 crores. The work was hurriedly tendered by then Chief Minister Manohar Parrikar just before the 2014 Lok Sabha elections on which nothing more needs to be said.

The Goa Government had earlier experimented in concretizing a portion of a road at Cuncolim at a cost of Rs 5 crores, and the road developed huge cracks so much so that the concrete had to be removed and the road was hot mixed again at a cost of Rs 3.15 crores causing huge loss to the exchequer.

We need to strongly condemn the highly reprehensible and insensitivity of the Government to the distressed plight and hardship of those residing along the Miramar-Dona Paula Road and more particular the thousands of students, staff and parents of Sharada Mandir School for the harrowing ordeal being faced on account of the sordid state of that road over the last two years.

In April 2014 the Government had stated that the road was part of the master plan for the City of Panaji and that the state of the art Miramar-Dona Paula concretized road with a cycling and walking track would be completed within a year. Yet another promise that has merely remained a tall dream. 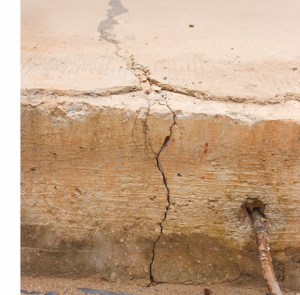