I voted for Subhash Velingkar who was the best candidate in the fray for the Panaji by-election. What a coincidence that the noted educationist had the BLACKBOARD as his symbol, a tool through which he taught and imparted knowledge to thousands of students over the years.

Having to choose between a very corrupt Sidharth Kuncalienker, an awfully criminally tainted Babush Monseratte and a very politically immature Valmiki Naik, I opted for the very knowledgeable and articulate Subhash Velingkar who through his Mr. Clean credentials has established and proven beyond doubt his impeccable credibility and very unblemished character.

On 23rd May we will know the results of the four assembly by-elections held in Goa, but more importantly the nation is anxiously awaiting the results of the Lok Sabha elections to see that the very corrupt, communal and dictatorial BJP led by political liars and bigots Narendra Modi and Amit Shah is trounced.

If that aspiration of most Indians becomes a reality, on 24th May when I turn 59 it would be much more than just a birthday celebration. 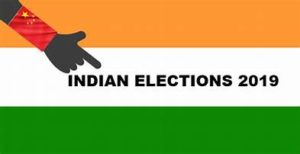 I VOTED FOR THE FINEST – Aires Rodrigues