The BJP, Chief Minister Manohar Parrikar and those three very unworthy Members of Parliament representing Goa now stand totally exposed on how they have over the last one year been merrily fooling the mining dependants with vague and fake promises. It has been dates and deadline galore. The coalition partners had also served their deadline on the government threatening to quit if the Mining issue remains unresolved but those deadlines have long ended and was possibly only empty rhetoric for the gallery.

South Goa MP Narendra Sawaikar just last week stated that a law would be swiftly enacted in Parliament to allow the resumption of mining in Goa. But within a day the very same BJP says that a review petition will be filed against the Supreme Court order. The Attorney General of India has long back already advised against such a review petition as it would be flung out by the Supreme Court outright. So whom is the BJP trying to fool after having failed to address the mining issue on lines with the mining path ahead in that Supreme Court order?

It is surprising that the leaders of the Mining dependants including my friend Putu Gaonkar are being led blindfolded into fairyland with false promises by the Powers to be. They need to read between the lines and realize the devious motive of the BJP to only keep the mining dependants in good cheers by sedating them with rays of hope till the Lok Sabha elections. 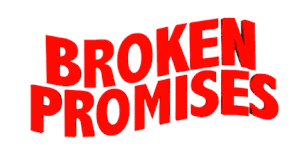