Besides the potholes all over on our roads, another major cause for accidents is the straying cattle. Despite Chief Minister Manohar Parrikar having repeatedly assured that the government will endeveaour to make our roads cattle free, the alarming number of stray cattle on the roads across Goa including the Highways is a matter of great concern and should be dealt with on a priority. Leave alone the contempt which could be initiated by the High Court.

With so much of unused and vacant land available in the 88 acres sprawling Goa Raj Bhavan at Dona Paula, the Government should consider immediately setting up a state of the art cattle pound there so that it could to be an abode for the cattle straying across Goa. And once the issue of cattle is dealt with, there should be enough space around there to also house the stray dogs and pigs of Goa to make sure the roads of Goa are safe, liberated and free from strays. It would also keep our idling Governor Mridula Sinha busy with some noble work.

And Mridula Sinha having abdicated her constitutional duties would at least be doing yeoman service to the State by being a caring caretaker of strays. 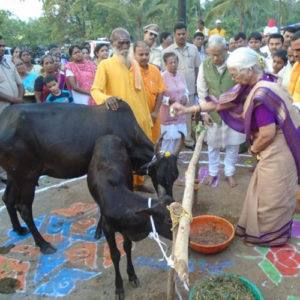