Justice Gautam Patel who currently heads the Bombay High Court at Goa has made a very laudable move of flatly declining to move around with a PSO (Personal Security Officer) which by protocol he is entitled to.

Will all other public officials in Goa also follow in the footsteps of Justice Gautam Patel and allow the police to be deployed instead for good street policing?  Only those who need to shield themselves because of their shady deeds have to depend on police cover.

May we have many more of the calibre of Justice Gautam Patel. It is God that will always protect them and not the cops. 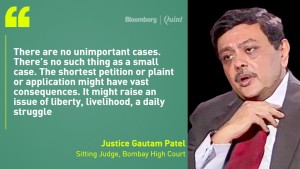