The very lame justification by the government that there is no space available to house a circuit bench of the National Green Tribunal (NGT) in Goa is ludicrous to say the least and patently false. There are so many locations including the former Goa Institute of Management at Ribandar which would have been an idyllic venue. The old South Goa Collectorate building in Margao is now lying unused and could easily accommodate even a full-fledged Bench of the NGT.

The government’s decision to highhandedly transfer Goa cases from NGT’s Pune bench all the way to Delhi has been done deviously to make it difficult for the litigants while also opening a very lucrative window of opportunity for Atmaram Nadkarni and his bandwagon of advocates now stationed in Delhi.

The move of the Government being anti-people has to be fought against tooth and nail as it is a clear attempt to deny justice to the common man by allowing the State to ignore or even partake in environmental violations.

Instead of bringing justice to the doorstep, now burdening the people of Goa to travel all the way to Delhi for seeking justice in NGT related matters is clearly a ploy to keep Temples of Justice out of reach.

After having sworn to stand by Goem, Goenkar and Goenkarponn, how are the coalition partners Goa Forward, MGP and Rohan Khaunte besides Govind Gaude all now so silent on this very retrograde move by the Goa Government. 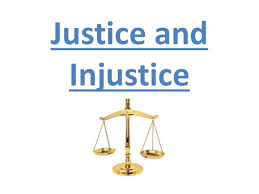