The Goa Human Rights Commission has today asked the Goa Government to consider increasing the travelling allowance being paid to the Court bailiffs in Goa from the current monthly Rs 200 to Rs 1000.

The three member Goa Human Rights Commission headed by Justice P.K.Misra and comprising of retired District Judge A.D. Salkar and Mr. J.A.Keny today passed the order on a petition filed seeking that the current paltry monthly travelling allowance of only Rs 200 being paid since 2001 to the Court Bailiffs be hiked.  The Commission has today adjourned the matter to 21st of April for the compliance report of the Government.

The petition sought justice for the 86 bailiffs working in the various courts across Goa who are currently being paid only a very meager  travelling allowance of a mere Rs 200 a month though they have to travel extensively to serve notices issued by all Courts including the High Court.

It was pointing out that then Chief Minister Manohar Parrikar in March 2012 had cited high inflation as the reason to hike Advocate General At_maram  Nad_karni’s fees from five lakhs to eight lakhs a month, and that the government cannot adopt double standards on the financial plight faced by the poor bailiffs.

Non-payment of a just amount was a Human right violation as the bailiffs had a right against being exploited by being deprived of due compensation. The intervention of the Goa Human Rights Commission was sought to alleviate this great injustice being done to the bailiffs who have an important responsibility of serving court notices. Finally thanks to the Goa Human Rights Commission now some Acche din in store for the Court bailiffs. 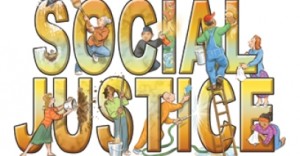