Our very celebrated late Wendell Rodricks was a proud recipient of the Padmashri Award in 2014.  It is the fourth highest Civilian award in our country and yet the Goa Government chose not to Honour our very accomplished Goan with a State funeral.  In a rank breach of protocol, it was very sad and so unfortunate that our departed great Goan was not honoured in a manner befitting a man of rare talent whose talents touched the lives and hearts of many the world over.

The Government has displayed complete disregard to the great works and deeds of Wendell despite him having been recognized for his achievements in life and bestowed with the award as Padmashri.  Chief Minister Pramod Sawant owes an apology to late Wendell’s family and the people of Goa for the sheer disrespect shown to late Wendell for not even deputing an official high level government representative to attend the final journey of our very own internationally acclaimed fashion designer.

Not being accorded a State funeral did not diminish Wendell’s contribution to the State and country in anyway but has only exposed the insensitivity and moral incompetence of the Goa Government. When will the Goa Government realise that people like Wendell whose rare talents, contribution and legacy earned him a Padmashri award in life should also have been honoured in death.  After all the iconic role model Wendell touched the lives of many in the state, in the country and globally in a variety of interests and causes from fashion design to Bollywood and from the environment to arts and cuisine. The restoration and conversion to a museum of his house with over 800 rare exhibits will no doubt benefit generations of people to come.

As the representatives of those very people, the Government had a duty to honour Wendell in the way that people would expect them to with love, respect and gratitude. Other peoples’ lives do matter in life and in death not just the lives of politicians! 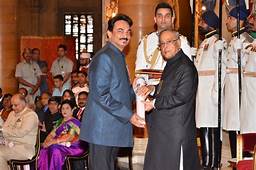