Due to the flawed and skewed decisions of the Government, the High Court in Goa has over the last few years been flooded with litigations. So to ensure that governance is carried out strictly within the frame of law, the presence of a very competent and knowledgeable Advocate General is of paramount importance to properly advise and guide the government.  The appointment of the very immature Dattaprasad Lawande as the Advocate General is an act of sheer nepotism taking Goa further backward. Dattaprasad Lawande has been appointed only because he is a very close relative of Atmaram Nadkarni.

Despite the State having so many very qualified and distinguished Senior Advocates, it is appalling that Chief Minister Manohar Parrikar very high-handedly opted for a poor knowledged Dattaprasad Lawande who has never ever argued an important matter. The appointment to the very crucial post of Advocate General cannot be an exercise of political aggrandisement, appeasement or personal benevolence by those in power.

The Supreme Court in a recent judgment while holding that power in appointing Government advocates cannot be exercised arbitrarily, whimsically or in an un-canalised manner has held that merit should be the sole criteria while selecting Government law officers. 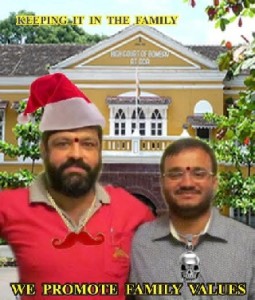