The then Director of Tourism Nikhil Desai during the investigation of the alleged Goa Beach Cleaning scam had confessed to the Anti- Corruption Branch  (ACB) of having met Avdhoot Parrikar, the  brother  of then Chief Minister Manohar Parrikar. This has been revealed in the statement of Nikhil Desai obtained under RTI from the ACB.

Nikhil Desai in his statement to the ACB on 30th June last year had stated that he had met Avdhoot Parrikar whom he knew as a Social worker at his Porvorim Residence ‘Radhakrishna’ and that during the meeting which lasted for around five minutes Avdhoot Parrikar had suggested that the beauty of Goan beaches must be preserved at all costs to ensure that the Tourism Industry in the State flourishes.

Nikhil Desai in his statement to the ACB while admitting that some beach cleaning contractors were also present stated that he appreciated the suggestion of Avdhoot Parrikar but further politely declined to discuss any official matter.

Nikhil Desai in his statement to the ACB also stated that Avdhoot Parrikar had met him twice in his office and had suggested that due preference be given to local Goans for employment in the beach cleaning work.

Interestingly as per the documents obtained under RTI, during the investigation the statement of Avdhoot Parrikar was not recorded by the ACB.

In a complaint to the Vigilance department on 18th May last year, it was sought that a F.I.R be registered against Goa’s Tourism Minister Dilip Parulekar, Manish Mohata owner of Ram Engineering and Construction Company and Bhumika Clean Tech Pvt Ltd, Avdhoot Parrikar and others in connection with the alleged multi-crore scam in the beach cleaning tender.

While demanding a meticulous probe into the role of Avdhoot Parrikar in the beach cleaning scam, it was stated in the complaint that though the name of Avdhoot Parrikar did not figure anywhere in the official papers, he had been the man behind the scene attending meetings between the beach cleaning contractors and government officials, complete details of which had been given to the ACB.

It may be recalled that in September 2014 while Manohar Parrikar was the Chief Minister and Nikhil Desai the Director of Tourism, the Goa Government awarded the contract of Comprehensive Management of cleanliness of North Goa Beaches to Bhumika Cleantech Services Pvt Ltd at an annual cost of Rs 7, 51, 40,999 and the cleaning of South Goa beaches to Ram Cleansers & Developers Pvt Ltd at a cost of Rs 7, 04, 87,999. Both the companies are owned by Manish Mohata.  Earlier the cleaning of Goa beaches was costing the State Government an average of a mere two crores annually. 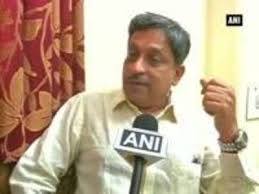