On March 6th, the people of Panaji will elect their new Corporators to the Corporation of City of Panaji (CCP). The current team who were elected in March 2011 has failed on all fronts. Their internal politics and feud has taken centre stage as the city of Panaji has only further decayed.

Panaji’s infrastructure is crumbling, the solution to the garbage crisis is not in sight while the increasing number of stray dogs and cattle is an issue that has also remained unattended.  The current team has failed to even resolve the long pending infamous multi crore market scam.  For reasons known to all the CCP has only been giving licences for new high rise buildings on a war footing.

The now much talked about Smart City concept was yet another illusory daydream and just one more additional window of opportunity for the ruling politicians to pocket some extra mega bucks.

The CCP desperately needs a full time Commissioner to take the city forward. As part of a healthy democratic strategy, there is a need to constitute an Advisory Committee of local citizens to plan and to monitor the developmental works in each ward, thus ensuring quality control in every work tendered and executed.

At the Panchayat level, the gram sabhas enable the public to question and monitor the actions and misdeeds of their elected representatives. But at the Corporation of City of Panaji and the other municipal councils there is no mechanism in place giving the public a forum to seek accountability of those elected. The CCP meetings may be open to the public but this is meaningless as the citizens cannot participate in the proceedings. The CCP Act needs to be amended to ensure that all the development projects are placed for public discussion and scrutiny before being approved. The people have a right to be heard and should be empowered to decide the priorities in their respective wards

The thrust ahead should be towards Zero tolerance to Corruption and Nepotism at the CCP. . Every citizen is entitled to transparency and accountability in respect of every paisa spent from the coffers. That the CCP coffers which should have been overflowing are empty is another issue. 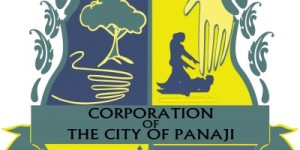 THE ROAD AHEAD FOR PANAJI – Aires Rodrigues