We need to laud and salute various persons and NGO’s more particularly  the Goa Foundation led by Claude and Norma Alvares for toiling tirelessly over the years in dealing and highlighting issues concerning Goa’s environment and ecology including that illegal mining that ravaged Goa. Their efforts are finally bearing fruit. A ray of hope for the coming generations who will now at least be able to see something that remains of Goa. Our Goa, which was once the paradise of the East, now lies at crossroads for posterity.

Yesterday I received a call from Claude Alvares requesting me to assist them by appearing in the Tiracol matter before the High Court. It is just a coincidence that a day earlier the Senior most Supreme Court Judge T.S.Thakur speaking at Panaji exhorted lawyers to work free for social causes. Justice Thakur felt that for doing so the advocates would be paid by prayers which would be much more valuable than the money that they otherwise earn.

Claude and Norma could be assured of  my assistance at all times. We owe it to Goa to strengthen the hands of persons like Claude, Norma and others who are attempting to save what remains of Goa from the ruthless land sharks and the corrupt politicians. 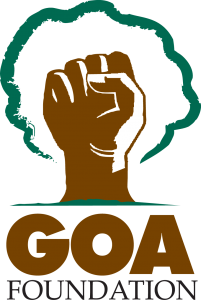 8 thoughts on “GOA’S REMAINS NEED TO BE SALVAGED”