The famed Swedish Chemist and Innovator Alfred Nobel had said “Lawyers have to make a living, and can only do so by inducing people to believe that a straight line is crooked”.

If you think kick-backs and commissions are a way of life for only politicians and bureaucrats, hold your breath…..

Last week a lawyer referred to me one of his clients. The following day I got a call from that otherwise very religious minded lawyer stating that while billing that client I should charge 30% extra which would be that lawyer’s cut. He said that  it was now a normal practice.

I immediately returned the client and the file back to the sender!

I was tempted to report this unethical and obnoxious behaviour to the Bar Council of Maharashtra and Goa. But then I realized that I need to have at least a handful of friends so that someone is around to carry my mortal remains on that Final Voyage! 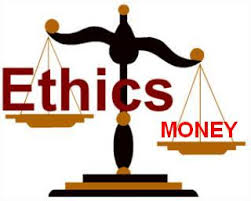 4 thoughts on “CUTS – COMMISSIONS AND THE LEGAL PROFESSION”