It is now abundantly clear that the Goa Government has been for too long blatantly lying to the people of Goa on the Mining as well as the Mhadei issue.  Chief Minister Pramod Sawant should make public as to how many crores the Goa Government has merrily squandered over the last few years on Advocates and all in vain on that protracted and futile legal battle over these two critical issues.

The BJP government in Goa for over two long years has been falsely claiming that the Mining operations will resume soon. It has set arbitrary dates and deadlines galore all plucked from thin air which they knew were false and ended up being broken promises. On Mining and Mhadei Chief Minister Pramod Sawant has to display some transparency and openness and come clean and confess his rank impotency on both these contentious issues. That the Supreme Court will bin that Mining review for having been filed after a very long delay of a year and half is another issue. On what will happen to the Mhadei less said the better with the giants Karnataka and Maharashtra set to gobble Goa’s waters and lifeline.

It is imperative that the government for once in its life must be truly honest as Goans are not gullible and will no longer be taken for a ride. If we can’t trust the Chief Minister who else can we? A very sorry and sordid State of affairs.

And this Chief Minister must realise that integrity alone may not make him a good leader but without integrity he will never be one. His integrity will always be measured by his conduct and actions, not by mere words. 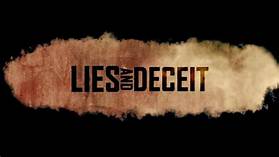