It is an anguishing irony that the cash strapped Goa Government has sanctioned a whopping 10 crores to set up a Manohar Parrikar School of Law at the Goa University. All through his political career Manohar Parrikar displayed absolute scant respect for the law of the land. He was an epitome of utter Lawlessness. He left behind a sordid trail of gory bad governance. Vindictiveness was his modus operandi while selfish politics was his focus. Parrikar was neither a scholar of the Law nor a champion of the Rule of Law.

Manohar Parrikar through his devious politriks violated and circumvented every possible law. A classic example is BJP leader Anil Hoble’s illegal restaurant along the Ribandar-Panaji causeway which was ordered to be demolished by the National Green Tribunal and later by the Supreme Court but was very high-handedly regularized by Manohar Parrikar.

Manohar Parrikar while in opposition was a prolific user of RTI Act to corner his opponents but while in power he did everything to prevent people from using RTI to obtain information. This was widely criticized as a cynical move to hide the rampant corruption and scams in his administration.

By his rabid statements Manohar Parrikar over the years tended to scandalize and lower the authority of the Courts. On 5th August 2003 the Bombay High Court at Goa accepted the written apology tendered by Chief Minister Manohar Parrikar. The High Court was hearing a petition seeking institution of Suo-moto contempt proceedings against Manohar Parrikar for his alleged observations made against Judges.

A division bench of the High Court comprising of Justice F I Rebello and Justice P V Hardas, while accepting the apology tendered and disposing the contempt petition against Manohar Parrikar had observed, “We may only point out that democracy survives only in those countries where the rule of law prevails and the judiciary is acknowledged as the sentinel for guarding citizen’s rights. To further this constitutional objective constitutional functionaries must accept the role cast on the judiciary in the Constitution and seek to strengthen it.”

Now setting up a Law school at taxpayer’s expense in memory of Manohar Parrikar would be a colossal insult to the intelligentsia of right thinking Goans. It would be an attempt in vain to glorify the person who never stood for the Rule of law and all the more treated the Judiciary with rank contempt. 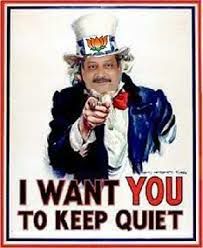