The local residents having unanimously opposed the Nauxim Marina Project it was incumbent on Chief Minister Pramod Sawant to forthwith scrap that venture instead of hoodwinking the people by merely postponing the public hearing. On issues that concern the society, the government should bow to the wishes and aspirations of the people by taking sensible corrective decisions instead of forcing the public to agitate on the streets. The brave actions of the concerned and frustrated citizens and the CM’s response proves the old adage that in any democracy the people should never be afraid of their Government, instead Government should be afraid of the people.

While an already plundered and saturated Goa does not need any more such controversial projects, it should be the thrust of the government to first ensure as a top priority that Goa’s basic infrastructure is put in place. The recent witnessed flooding in our cities and villages should act as an eye-opener on the dangers of the reckless development that has been going on. The government is duty bound to now at least salvage the very last leftovers of Goem, Goenkar and Goenkarponn.

This arrogant self-serving Government continually ignores the fact that we are part of the largest democracy in the world and as such the wishes of the people are paramount and must never be ignored. All these fancy projects and schemes that has the support of this Government are mostly scams for their personal benefit and not in the best interests of the people!

Why dream of new scams before dealing with the serious issues plaguing the state that people have been desperately crying for action for ages. Vey urgent action on potholed roads, drainage and sewage, effective garbage management, stray animals menace, better healthcare services, better infrastructure and traffic management, the eyesore noisy Casinos and the plague of irresponsible gambling, the illegal drugs and prostitution rackets destroying the lives of many in the state is far more urgent and important for the people than new corrupt scams. 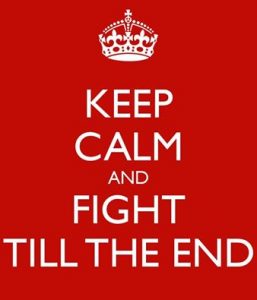 THE VOICE OF THE PEOPLE MUST PREVAIL – Aires Rodrigues