The 77 year old Mridula Sinha who continues as Goa Governor despite her five year term having ended on 31st August will now be replaced by 73 year old Satya Pal Malik who since August last year has been the Governor of contentious Jammu & Kashmir.

Mridula Sinha in her five year jaunt merrily converted Goa’s Raj Bhavan into a BJP Dharamshala for the RSS, VHP, and the Bajrang Dal to congregate while she very deviously kept the Raj Bhavan out of the purview of the Right to Information Act. It will now have to be seen whether this current veil of secrecy continues to persist under Goa’s 18th Governor Satya Pal Malik. Like Mridula Sinha her successor is also a BJP politician but who has travelled through various political parties including the Congress, Bharatiya Kranti Dal, Janata Dal, Lok Dal and the Samajwadi Party before embracing the saffron brigade. Satya Pal Malik who was born on Christmas day hails from Baghpat in Uttar Pradesh and is a law graduate.

All this huge extravagant expenditure at the Raj Bhavan is a criminal waste of public funds. For a cash strapped Goa, the Raj Bhavan should have led by sturdy austerity measures. Like all the Raj Bhavans our Raj Bhavan must also come within the ambit of the RTI Act so that there is absolute accountability and total transparency in all that transpires within that heavily guarded fortress. It defies logic and fair minded thinking that a publicly funded Raj Bhavan should not be transparent and under the scrutiny of the taxpayer. Surely, he who pays the piper should be calling the tune.

Goa has seen some very outstanding Governors by way of Lt Gen. J.F.R. Jacob, Dr. S.S.Sidhu and Mr. B.V. Wanchoo while we have also witnessed those from the other end of the spectrum on whom less said the better.

It’s high time the nation debates on the manner in which Governors are appointed and whether we need ornamental puppet Governors needlessly burdening the taxpayer. Constitutionally the Governor possesses executive, legislative financial and judicial powers. The role of the Governor is very important and essential for the healthy functioning of democracy. However, in recent times this post has been reduced to becoming a retirement package for politicians. As a result people think that the post of the Governor is worthless and a financial burden on state governments even though technically the role of the Governor if exercised wisely and fairly for the benefit of the state and its people is very vital.

Sarojini Naidu, the one-time Governor of UP had said that she considered herself “a bird in a golden cage”. Dr.Pattabhi Sitaramayya, Governor of Madhya Pradesh had this to say, “My duties as a governor lay more in getting visitors and providing them tea, lunches and dinners than anything else. The first thing I do in the morning is to peruse the list of visitors and invitees to lunch and dinner”. KM Munshi, Governor of Uttar Pradesh had a tiff with his Chief Minister and had complained to Pandit Nehru for redressal. When his plea was turned down, he described his job thus: “to run a hotel and entertain guests”. NV Gadgil, Governor of Punjab considered himself as “the Patwari of the State of Punjab whose function was to assess the conditions prevailing in the state and report to the Union government”.

Governors cannot end up being mere rubber stamps as they constitutionally have a major role to play in overseeing that the State is well administered in accordance with law. They should be appointed on merit as the Raj Bhavans cannot end up being shelter homes to rehabilitate the deadwood of the ruling political party. After all, do we really need a “spare wheel” at the state level? 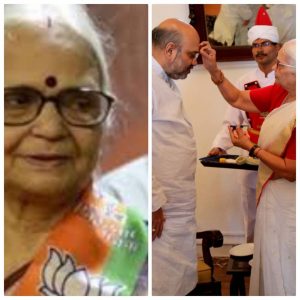