Goa’s Portuguese Deputy Speaker and Canacona MLA Isidore Fernandes has now publicly and shamelessly acknowledged that he has learnt about punctuality and discipline only after recently joining the BJP.

By this statement he has overtly accepted that his parents never imbibed in him those basic virtues of discipline and punctuality. More importantly it is a grave public insult to all the teachers who taught the Canacona MLA through school and college.  Is it that Isidore Fernandes through his muscles and money power always bunked classes all along and failed to inculcate in himself those basic values lectured to him in the classroom.And if the people of Canacona had known that Isidore Fernandes lacked discipline and punctuality he would have never got elected.

Isidore Fernandes who has over the years very shamelessly and brazenly hopped from party to party for those posts and pecuniary benefits should be ashamed that he has now after having overnight joining the BJP for Power and those crores had the audacity of claiming that he has acquired those values of Punctuality and Discipline only after joining the saffron brigade.

The BJP has craftily carved Isidore Fernandes’s political grave for which there shall be no obituary. Amen 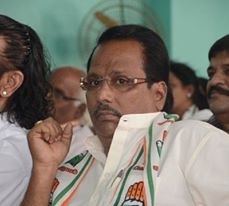