It’s Mother Teresa’s birthday anniversary today. Now the Saint Teresa of Calcutta, she was always a immense solace to the poor and downtrodden.  Her Missionaries of Charity across the country are a shelter for the destitute and homeless.

During the 70s whenever she came to Goa she always made it a point to visit our house in Ribandar as my father accompanied her nuns during their weekly medical camps at Chimbel and Carambolim. Mother Teresa was the recipient of the Nobel Peace Prize in 1979. Nostalgic memories of my last meeting with Mother Teresa at her centre in Calcutta in 1981.

In her death on 5th September 1997 the poor and impoverished lost their saviour. Her Missionaries of Charity are doing a laudable service in Goa too. 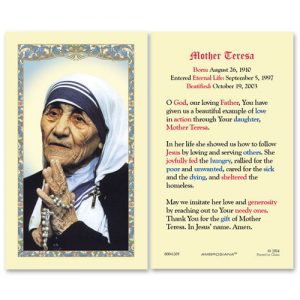