The statement in the Goa Legislative Assembly by Chief Minister Pramod Sawant that he had once requested the then Environment Minister Alina Saldanha to see whether a boy from his constituency could be selected for a peon’s post that was advertised, only exposes how rotten and corrupt the selection process for government jobs has become.

After the BJP came to power in 2012 we have seen in Goa thousands being brazenly recruited into government service with merit thrown to the winds. It has been a deceitful attempt to create a vote bank while almost all jobs have been dished away to those without merit. Infact an official note used to go out from the Chief Minister Manohar Parrikar’s office to all ruling party MLAs asking them to recommend names of candidates for the posts advertised. All this is reflecting in the functioning of the government offices with very incompetent staff having managed to creep in with the blessings of their political god fathers.The direct result of employing WHO YOU KNOW NOT WHAT YOU KNOW!

Ironically with crores of rupees being drained on E-Governance the bureaucracy should have shrunk but has infact been bloating by the day while only further screwing an already depleted State exchequer.

This would be a fit case for our High Court to take Suo motu cognizance and order a probe into the absolutely illegal manner of politically orchestrated recruitment and to ensure that the whole process is very transparent so that only the best and brightest end up in government service to serve the public.

The Civil or public service must always be of the highest caliber and must always be independent of the government, defending its neutrality and impartiality and not used or abused according to the whims of the government. This is vital for good governance if the public who are the real paymasters are to have any faith and trust in the civil service and feel that they are getting value for money and a good return on their hard earned taxes. 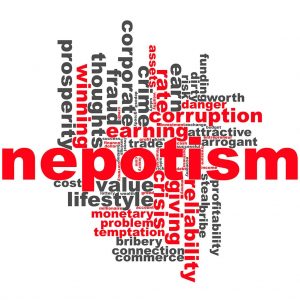 GOVERNMENT JOBS CANNOT BE DOLED OUT BY POLITICIANS – Aires Rodrigues