The Chief Secretary being the head of the bureaucracy, the transfer and postings of all Government officials should have been his prerogative.

But sadly, we are witnessing the very high-handed manner in which Ministers and ruling MLAs are holding the government to ransom by demanding that officers of their personal choice be appointed to particular posts so that they can rule the roost.

And the spineless Chief Minister Pramod Sawant who is now globally better known as Mr. Property Sawant has been succumbing to all pulls and pressures as long as his Chair is intact. Shame on you, Mr. Chief Minister.

Good Governance demands that Government officials or career bureaucrats must always be hired on professional merit rather than appointed by politicians and whose tenure must always survive transitions of political leadership. They must always be independent of the Politicians and work for the people of Goa diligently and honestly without hindrance and regardless who is in Government.

It is an affront to good governance in a democracy if the officials are used and abused by the politicians of the day to further their own selfish interests rather than being accountable to the people and responsible to the Chief Secretary. 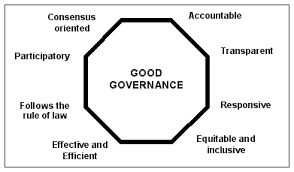 GOVERNANCE IN GOA HAS GONE FOR A TOSS – Aires Rodrigues