Over the last five years Goa’s voice in the Lok Sabha has been totally subdued if not lost, with the two dumb RSS indoctrinated Shripad Naik and Narendra Sawaikar as our MPs.

Shripad Naik who has been representing North Goa for two long decades is a proven total disaster with his very own admission that he despite being a Union Minister failed to get an appointment to discuss the issue of the Mining dependants with Prime Minister Narendra Modi.

Disenchantment with Shripad Naik is not only felt by the people of Goa but also within a faction of the BJP close to Manohar Parrikar.  A recent video where Parrikar’s nephew was heard criticizing Shripad Naik for his inaccessibility and non-performance exposed the cracks in the party. The time for change to replace a forlorn Shripad Naik with the dynamic and popular Congress candidate Girish Chodankar is urgent and inevitable.

Less said the better on the South Goa MP Narendra Sawaikar who despite being an Advocate has as a MP also been a proven tragedy.

To add to Goa’s misery, another political buffoon and an ITI mechanic Vinay Tendulkar has been representing us in the Rajya Sabha. What a disgrace that we are seen to be intellectually bankrupt at this rank of political representation.

So, on 23rd April let us elect the dynamic, young and very unblemished Girish Chodankar as our North Goa MP, while in the South of Goa let our choice be the veteran and experienced Francisco Sardinha to be our voice in the Lok Sabha.

In South Goa let us not waste our votes on AAP’s Elvis Gomes who has been planted and fueled by the BJP to split the anti- BJP votes. Elvis Gomes reportedly had two long  close door meetings ( one in the last week of January 2019 and the other in mid Feb) with the then ailing Chief Minister Manohar Parrikar where they worked out the modalities on how Mission Salcette was to be outsourced to AAP’s Elvis Gomes. On that Golden handshake, no more needs to be said as politics has today become the scoundrel’s last resort. 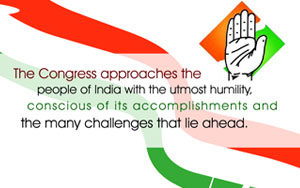