The Anti-defection law came into force in 1985 to deter the evil of political defections by legislators motivated by the lure of office and monetary gains. The intent of the law was to prevent corruption by way of horse-trading.

Our Goa may be India’s smallest State but it has been in the news for all the wrong reasons. We have shown the nation ways and means to circumvent the Anti- Defection law, with political prostitution and party turncoats at its very hilt. Nothing more needs to be said on the crude manner in which the BJP deviously post midnight engineered a split in the MGP.

On March 16th 2017 at the instance of those maneuvers by then Chief Minister Manohar Parrikar, the wily then Valpoi Congress MLA Vishwajit Rane resigned just minutes after taking oath and joined the BJP which necessitated a fresh election in that constituency unnecessarily burdening the tax payers.

Manohar Parrikar through his strong arm tactics after desperately trying to get some more MLAs to also similarly resign and defect was able to finally get Dayanand Sopte and Subhash Shirodkar to join the BJP.

Such political bandits and others who may decide to follow suit should be politically castrated and dispatched to oblivion for taking the people for a ride. On 23rd April the voters of Mandrem and Shiroda need to ensure that these awful political rogues Dayanand Sopte and Subhash Shirodkar are consigned to political wilderness. What Goa is witnessing is a Jamboree of political prostitution sponsored by the BJP with all their money and muscle Power. Even those in the world’s oldest profession do it better. 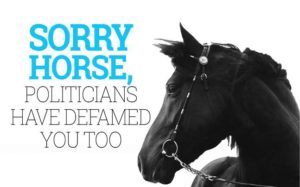