A great and much respected leader Mr. L.K.Advani who was our country’s 7th Deputy Prime Minister from 2002 to 2004 has today arrived in Goa for a few days on a private holiday.

I had the occasion to address alongside with him several public meetings when the very gentle and well mannered Advaniji visited Goa way back in 1977 after that State of Emergency. I also recollect amongst others the presence of late Mr. Vishwanath Arlekar (father of our former Speaker Mr. Rajendra Arlekar) and the late Mr. Vasant Sabnis at those meetings. They were all earlier in the Jan Sangh and later merged along with 11 other parties and formed the Janata Party whose government in 1977 at the centre was headed by Prime Minister Morarji Desai. That experiment did not last for long. The rest is history.

On 22nd September 2009 Goa’s ego puffed and arrogant Manohar Parrikar had the audacity to dub the veteran BJP leader L.K.Advani as ageing pickle that had turned very rancid and whose political innings were more or less over.

Now that Mr.L.K. Advani is in Goa and Manohar Parrikar is in the departure lounge, the Chief Minister should seize this possibly final opportunity to kneel before the former Deputy Prime Minister and sincerely apologise for that very uncourteous comment against such a great leader. If Manohar Parrikar doesn’t, it would be my duty to try and attempt to heal that wound when I call on Advanji later this week.

Today Mr. L.K. Advani even at 91 is young enough and not rancid as Goa’s Manohar Parrikar had tried to paint him. Mr. Advani who did his early schooling at St. Patrick’s High School in Karachi, may have later had his connections with the RSS but definitely does not have the traits of spreading the communal venom and would even today be much more acceptable than Narendara Modi across the country.

May be Mr. L.K.Advani was very right in flagging the red card to Narendra Modi leading the BJP at the 2014 Lok Sabha elections. Narendra Modi’s hindtuva agenda and his fanatic dream of making India a Hindu nation is out of place. Today our Hindu brethren have a very broader outlook and would definitely strive to ensure that our very great nation remains secular.

In Goa today there is widespread public outrage and resentment on the shameless manner in which the now factually so rancid Manohar Parrikar continues to be selfishly glued to the Chief Minister’s Chair. The only ones who are thrilled and having a ball of a time with the current chaotic situation are some of the rogue Ministers who are taking the best advantage to their benefit in the prevailing Mayhem.

India is now unofficially already in a state of emergency with a clampdown on our very fundamental rights and none other than Senior  Leader L. K. Advani articulated this last year. Instead of properly governing the country, the BJP wants to dictate and control as to what we should eat, drink, wear, read and speak.

After over seven decades of India’s so called Independence, it is now time to wage yet another war at the ensuing Lok Sabha elections, this time to free ourselves from the very imposing Narendra Modi and the fascist BJP. Jai ho. 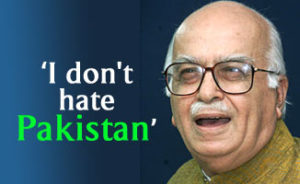