In 2004 Chief Minister Manohar Parrikar did the people of Goa and Panaji in particular the catastrophic disservice by consenting to host the International Film Festival of India (IFFI) in the State. This week Goa will witness yet another edition of IFFI.

Over the last 15 years it has been an annual nightmare faced by Goans in the hosting of IFFI which has in no way benefited the State but only been a big window of opportunity for the politicians in power to rake in huge moolah with substandard works hurriedly carried out to superficially deck the city. Even the minor contracts of the event have not been entrusted to the locals.

With its crumbling infrastructure, Panaji is already a very congested city and the traffic chaos on account of IFFI is something the city could do without. With that fun and frolic at tax payers expenses, IFFI has only further burdened an already cash strapped State, besides the extra pile up of tons of garbage IFFI generates and the municipal authorities have to grapple with. The common man also suffers as the day to day government administration comes to a halt with officials all pre-occupied with the IFFI fiesta.

IFFI has been a bonanza only to the workers of the political party in power and not advantageous to the State. The ground reality is that what is being staged infact is the International Fraud Festival of India. Time to bid it a farewell and free Goa from this unwelcome extravaganza. 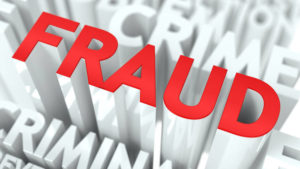