It is high time the Goa Medical College which is currently treating Chief Minister Manohar Parrikar at his private residence at Dona Paula issues that long overdue bulletin on the factual and truthful health condition of Goa’s very ailing Chief Minister.

For the last many months Manohar Parrikar has not attended a single public function. We have been seeing him only on newspaper advertisements and on those banners and posters announcing his name as Chief Guest for all those functions where his name has only been on the plaque.

Yes, our health is our personal issue. But when it pertains to the Chief Minister of a State who has been unwell for over eight long months, we are all rightly entitled to know the complete details more so because the tax payers are footing the bill in crores while Manohar Parrikar has been shuttling to Mumbai, New York and Delhi for medical treatment and now holed up in that ICU set up at his private residence. All this unprecedented high level of medical care at the State’s expense while the coffers are in dire straits.

Manohar Parrikar is definitely entitled to all the rest and to be with his family and this is exactly what he should have done by gracefully stepping aside as Chief Minister. But perhaps his yearning for that ‘statue’ must be keeping him glued to the Chair while he has made a mockery of himself. While Manohar Parrikar is desperately struggling to remain on the Chief Minister’s throne, our Goa is further sinking by the day.

In this current sordid scenario, if the BJP was in the Opposition they would have raised a hell of a ruckus over an absentee Chief Minister. 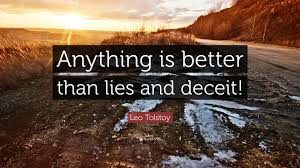