Dr Wilfred de Souza was a gregarious, outspoken and a great Goan. The outstanding surgeon turned politician had a very long innings on Goa’s political turf.  With surgical precision he was the architect of many governments he assembled and also dismantled. He was very knowledgeable, a person with whom you could have an enlightening interaction on any issue. As a politician he led a rather very simple, modest and humble life.

Dr Wilfred de Souza belonged to a genre of politicians with qualities of head and heart who cannot survive in today’s politics. Today a politician has to be thick skinned and a hypocrite to the core. He has to be ready to break and bend all the rules to survive just as is being done by the current politicians in power. Politics today is no longer a mission, not even an honest profession. It has today been reduced to a scoundrel’s last resort. It has become a ruthless business, with morals and ethics twisted beyond recognition, thrown to the winds or long buried deep in the slush of ignorance and thuggery.

I was privileged to have personally known the great leader Dr Wilfred de Souza for over four decades. He was always extremely outspoken and one who was not known to mince words in what he had to say and convey. A few of Dr Wilfred de Souza’s tribe of politicians remain and will be remembered for the good they have done for Goa. About the rest and in particular the current bunch of politicians who have been leading and steering Goa down the gutters there will be no obituary to write. Posterity will never forgive them for their selfish role in the irreparable damage and destruction of what was once known as beautiful Goa, the Paradise of the East. Dr Wilfred de Souza who had passed way at the age of 88 must have been a sad man to witness the rampant destruction and devastation of Goa. 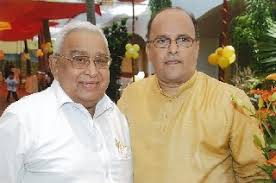