Earlier our Goa which is the smallest State of India was so well administered with just four Ministers.

Today we are lumbered if not hijacked by a jumbo cabinet of twelve and almost half of them are suffering with acute health issues with some hospitalized. And one of them on account of an overdose of potency enhancing pills while he was on that sex escapade at Mumbai on 5th of June and that too shamelessly with his very own relative. At least his hospitalization may have spared other females from being victims of that Powerful Minister’s never ending lust.

God is watching and will not spare these bandits. Time to liberate Goa from these political mercenaries.

We have to find a way Forward to rescue Goa from the current political anarchy and to restore democratic values while safeguarding for posterity what little remains of our once beautiful and tranquil State. 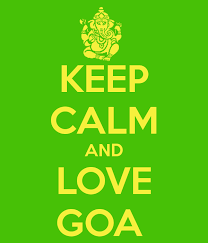