While the controversial Goa Forward Party Treasurer Suraj Lotlikar has managed to sneak in and now head the Goa Cricket Association virtually taking the all important sports body backwards, the ageing and limping Churchill Alemao is all eager to take control of the Goa Football Association.

There should infact be a total official ban on politicians holding posts in sports organisations. Many of them having corroded the political sphere should not be given an avenue to drag that rot into the sports arena. We have been seeing sports going down the tube due to such awful influence.

Let the sports field and its organizations be managed by young and dedicated sports persons. And in Goa we have so many of them and they will do us proud while bringing glory to Sports.

The great athlete Eric Heiden has been of the opinion that “Sports and politics don’t mix” while “You cannot mix sports with politics” is what the Martial artist Jackie Chan has opined. 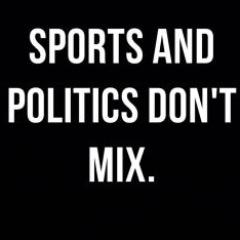