The Supreme Court has rightly time and again frowned on the very indiscriminate exercise in providing security to VIPs. Uncalled for was that very huge deployment of police personnel yesterday in Divar as Governor Mridula Sinha was expected to visit the island on the occasion of the Bonderam festival.

Police stations which are meant to serve the public on law & order issues cannot be emptied to provide extraordinary security cover to VIPs. Such waste of public funds is unjustified and must be strongly condemned. And after all that elaborate security arrangements Governor Mridula Sinha citing her ill health did not land up in Divar. She had reportedly already decided not to be there.

Governor Mridula Sinha has converted the Goa Raj Bhavan into a BJP Dharamshala for the RSS, VHP, and the Bajrang Dal to congregate while she very deviously continues to keep the Raj Bhavan out of the purview of the Right to Information Act so that this current veil of secrecy persists.

The Goa Raj Bhavan  has a whopping 136 staff to take care of the Governor which includes 12 drivers, 11 peons, 11 gardeners, 13 labourers, 8 sweepers, 7 waiters, 5 telephone operators, 5 cooks and 4 electricians. Surprisingly, the Raj Bhavan has only one Computer operator.

All this huge extravagant expenditure at the Raj Bhavan is a criminal waste of public funds. For a cash strapped Goa, the Raj Bhavan should have led by some austerity measures.  The Governor Mridula Sinha must bring the Goa Raj Bhavan within the ambit of RTI so that there is accountability and transparency in all that transpires within that heavily guarded fortress.

Sarojini Naidu, the one-time Governor of UP had said that she considered herself “a bird in a golden cage”.

Dr.Pattabhi Sitaramayya, Governor of Madhya Pradesh had this to say, “My duties as a governor lay more in getting visitors and providing them tea, lunches and dinners than anything else. The first thing I do in the morning is to peruse the list of visitors and invitees to lunch and dinner”.

KM Munshi, Governor of Uttar Pradesh had a tiff with his Chief Minister and had complained to Pandit Nehru for redressal. When his plea was turned down, he described his job thus: “to run a hotel and entertain guests”.

NVGadgil, Governor of Punjab considered himself as “the Patwari of the State of Punjab whose function was to assess the conditions prevailing in the state and report to the Union government”.

It’s high time the nation debates on the manner in which Governors are appointed and whether we need ornamental rubber stamp Governors needlessly burdening the taxpayer.

Governors should be appointed on merit as the Raj Bhavans cannot end up being shelter homes to rehabilitate the deadwood of the ruling political party. After all, do we really need a “spare wheel” at the state level? 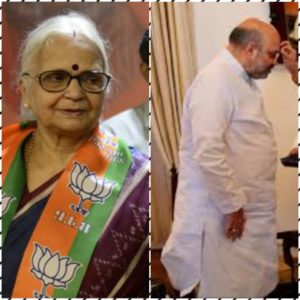