Persons in Public life are expected to be moral exemplars of morality and ethics as they have publicly pledged to uphold and defend that realm. For those holding a Public Office, there can be no dividing line between their Personal and Public life.

The private lives of public figures are wide open to public scrutiny. What they do in their private life matters and does impact their public responsibilities. Can they be ethical in public if they are dishonorable in private? Their private life reveals more about morals than their sound bites.

The gross misconduct of the now very beleaguered Power Minister Pandurang Madkaikar on that evening of 5th June in Mumbai while he was on that sex binge says it all. But it was the onus of Chief Minister Manohar Parrikar to be a good role model for his cabinet colleagues.

Less said the better on how Manohar Parrikar and his notorious side-kick Atmaram Nadkarni were not long ago spotted at the red light area at Pattaya in Bangkok. Manohar Parrikar had publicly defended his visit by claiming that it was not to have sex but that he merely enjoyed two Thai massages. “Do I have to go so far for sex” is what Manohar Parrikar had quipped.

The French Nobel Prize winning Author and Philosopher Albert Camus had rightly said “A man without ethics is a wild beast loosed upon this world”.

In Goa we should leave no room for such beasts elected and masquerading as leaders of their flock when in reality they are wolves in sheep’s clothing. 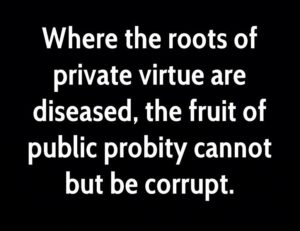 NEED FOR ETHICS AND PROBITY IN PUBLIC LIFE – Aires Rodrigues