In Goa today with the fabric and integrity of most Legislators awfully corroded and amidst a very dysfunctional politically manipulated Executive, the Judiciary has to play a very crucial role in delivering Justice to those victims of skewed government decisions and awfully flawed legislations.

In a way the Judiciary has had to take charge of Goa’s governance to a large extent while cracking the whip on the illegal acts of those in power and authority. The steep rise in Public interest litigations over the last few years is a very clear sign that people are ready to stand up and legally challenge the injustice meted out to society by an insensitive Government that has lost the pulse of the people.

Goan Politicians maybe religiously visiting Holy shrines but intentionally commit the most unholy acts and far outsmart Judas.  A few years ago Supreme Court Judges B.N.Agarwal and G.S.Singhvi had said that even God cannot save this country from such politicians. One could not blame the Judges for their exasperation.  If politicians were to behave with some sincerity and sanity while displaying transparency and accountability in their acts and deeds, the burden on the Judiciary to oversee governance would have been eased to a very large extent and Courts would be able to spend precious judicial time in deciding genuine disputes between the citizens. Politicians more than anyone else need to feel and face the wrath of God. 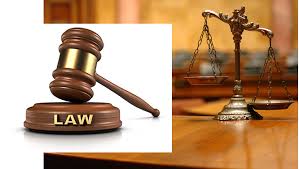