Now that Chief Minister Manohar Parrikar who is also our MLA is back, he has to attend on a priority to the long pending problems faced by Ribandar. Though Ribandar is part of the Corporation of City of Panaji (CCP) but as far as overall development and civic amenities are concerned Ribandar remains utterly neglected and in a decaying state despite the very high municipal taxes we pay. Even some villages in Goa are much better off.

Ribandar has for decades been demanding a football ground, a community hall and a proper market but it is very anguishing that these long standing demands of Ribandarites are yet to be fulfilled. We do not have a Children’s park or a garden nor a public library and there is lack of proper sanitation with garbage strewn all over. Erratic power and water supply has been the order of the day. And for the Fonduvem Ward of Ribandar even the dead are denied of a proper crematorium to Rest in Peace.

In August last year amongst a mountain of other assurances, Manohar Parrikar while luring us for votes during that by-election had promised the residents of Ribandar that he would ensure that within three months Medical services are made available at the old Goa Medical College Hospital in Ribandar. But that has not happened. Our Ribandar cannot continue being stuck in the dumps. And that too despite being in the Chief Minister’s Constituency. 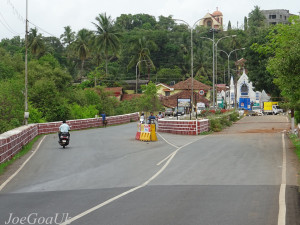