Extremely appalling is the very sad admission on 16th January at Lohia Maidan by the Goa Housing & RDA Minister Jayesh Salagonkar that he was totally unaware about the historic 1967 Goa Opinion Poll and had just surfed the net to learn about it. A very sad state of affairs that we choose to elect such political pygmies. There must be many other Ministers and MLAs equally blank on Goa’s history. In fact to be an effective Goa legislator, one has to be well versed with at least the State’s political and social history.

It is a very good move to include Opinion Poll chapters as syllabus for our school students. Hope it sees the light of the day and is not just another assurance consigned to the racks. But the Government would be well advised to immediately introduce an exhaustive crash course to enlighten and educate all the 40 MLAs about Goa’s factual history. This orientation could even be conducted by the very vocal, articulate and extremely knowledgeable former MLA Adv. Uday Bhembre. 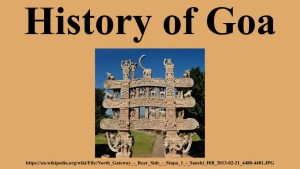