The mutiny between the four brave senior most Judges of the Supreme Court and the Chief Justice of India was long overdue. This must act as a warning and an alarm to every Indian that our very democracy is in peril.

Justice V.R. Krishna Iyer had said “Even so, the creed of judicial independence is our constitutional ‘religion’ and, if the executive use Article 222 to imperil this basic tenet, the Court must ‘do or die’.

The Constitution of India is very clear on the distinct roles of the Executive, Legislature and Judiciary. It envisages a free, fair and independent Judiciary. The highest standards of judicial independence must be ensured by warding off even the faintest trace of governmental influence on the judiciary.

Under Prime Minister Narendra Modi, with the sanctity of other pillars of our democracy severely dented and having gone for a toss, our only hope now remains on the Judiciary.

With the BJP wanting to overpower the Judiciary too, there is a very disturbing disquiet over the slippery slope on which judicial values are slithering. The highest standards of judicial independence must be ensured by warding off even the faintest trace of governmental influence on the judiciary, which is the last hope for thecommon man.

Any direct or indirect interference by the politicians in the selection and appointment of Judges is a threat to the very Independence of the Judiciary. If the Judiciary is reduced to a mouth piece of the government, the Courts will lose all relevance and end up also as dens of chicanery and jugglery. The Judiciary should never be manned by persons who are tilted or aligned to any political party. Judges should have the spine to crack on illegalities done by all politicians, regardless of how high positions they hold. It has to be ensured that judicial accountability is maintained at all times with every Judge conforming to the highest standards of uprightness and integrity. If Judges cannot independently balance the scales of Justice, the Temples of Justice become pointless.

Caroline Kennedy had also very rightly said “The bedrock of our democracy is the rule of law and that means we have to have an independent judiciary, judges who can make decisions independent of the political winds that are blowing”

To those very few outdated who have opined that the four Judges should not have gone public,  may we remind them of what Lord Harry Woolf, a former Chief Justice of England had said “Like old clocks, our judicial institutions need to be oiled, wound up and set to true time”. 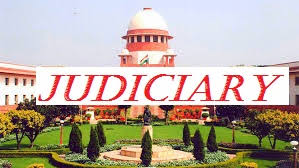