The much talked about Panaji’s first multi-level car park which opened in November last year  and is hardly utilized even during the peak tourist season is a glaring example of the slanted planning of so called developmental works by this government. What a criminal waste of public funds. Panaji will never be a Smart City with skewed propellers in command.

Those who planned this much needed utility but at the wrong location must be brought to book. May be that idling Car park could now be put to some alternative use, perhaps as a shelter for the poor homeless who presently sleep on Panaji’s footpaths. 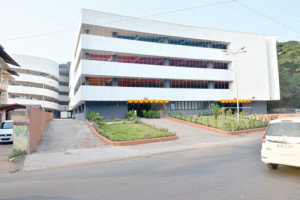