For the last over 40 years raising issues against the illegalities of successive governments has not been an easy task. Truth hurts but it is only truth that will always ultimately prevail.  On the issues that I have raised for decades it has been the wrong doings of those in power regardless of which party has been ruling. During the Congress regime I was branded as a BJP man, now the BJP may feel the reverse.

I have had nothing personal against anyone about whom I have raised issues over the years. But when highlighting an issue, it is bound to hurt some individuals. Have I hurt one too many? One has to have the spine to speak out against anything that is wrong.   People do advise me to take extra precautions but this I shall not do! I have always led the life of a common man. I have been attacked many a times, but as the Sufi mystic Kabir said “Jako rakhe Sai, maar sake na koi” (None can harm him who is looked after by higher Powers). The dedicated prayers and the abundant love showered by the common men is what keeps me going. My fans and well wishers across Goa and around the world are my source of inspiration.

We should never ever compromise or surrender our fundamental right to speak out openly and candidly against anything that is wrong. Let us never hesitate in taking the bull by the horn. The cancer of corruption, nepotism and bad governance in Goa needs to be dealt with an iron hand.

It has and will always be my very firm resolve with added vigour to carry on highlighting any injustice, corruption and nepotism. Nothing shall deter me and my commitment in this regard. In fighting injustice one faces a backlash and more seriously the risk of an attempt on one’s life. Over the years of fighting against injustice, nobody has been able to intimidate me. I have never been cowed down by any threats of consequences that I have had to face for speaking out fearlessly and taking on the powerful and mighty over a wide range of issues. Even that heinous attempt on my life did not cow me down but only made me stronger and emboldened my resolve to stand up against the powers to be.

We need to maintain the spirit and keep on fighting. Life is a very short voyage, a journey, the end of which we know not. So let’s keep up the fight. We owe it to Goa, or else posterity may never forgive us for having silently allowed our once beautiful State to just pass away.

May the care, concern and compassion of every Goan wherever he or she is be always for Goa. We will all one day depart but our Goa must live. And when we do have to depart, it should be with a proud sense of accomplishment of at least having attempted to do something little for our once beautiful Goa. In death, one may be physically gone, but the spirit will always be around to witness that glorious day when Goa will be truly liberated from injustice, corruption and nepotism, all sadly a way of life today.

In the words of Robert Kennedy “Each time a man stands up for an ideal, or acts to improve the lot of others, or strikes out against injustice, he sends forth a tiny ripple of hope, and crossing each other from a million different centers of energy and daring, those ripples build a current that can sweep down the mightiest walls of oppression and resistance”. 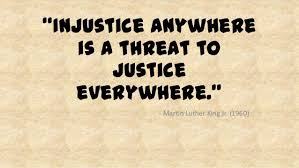 THE BATTLE AGAINST CORRUPTION AND INJUSTICE MUST NEVER STOP – Aires Rodrigues