When to get appointed even as a peon one needs a police clearance, it is very anguishing and highly appalling that the very controversial Babush Monseratte who has a string of extremely serious criminal cases pending against him is being highhandedly sought to be appointed to the very plump post as Chairman of a Planning & Development Authority (PDA).

Before trying to get himself politically rehabilitated through the back-door at taxpayer’s expense, it would be prudent for Babush Monseratte to first get a clean chit from the Courts for his acts of omission and commission.  But Manohar Parrikar’s political bankruptcy has hit the hilt. God Save Goem, Goenkar and Goenkarponn from this pack of political bandits. 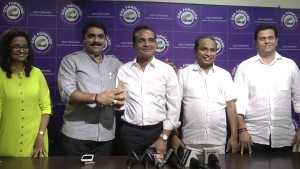 WILL GOA EVER SEE PROBITY IN PUBLIC LIFE? – Aires Rodrigues