People from the far and wide corners of Goa travel all the way to my office in Ribandar hoping that I will be of assistance to their complicated and complex woes.  As far as possible I try to do everything possible but its physically impossible for me to single handedly pursue every issue.

This sordid ordeal of a parent from Assolna is heart breaking and I have chosen to share with you all these very disturbing facts which only reiterates that Corruption in Goa is now deep rooted and virtually institutionalized with not even centers of learning being spared.

With his only son having failed by just one mark in the 12th Std Maths exam conducted by the Goa Board of Secondary & High Secondary Education, the parent was exploring a way out to seek re-valuation of the answer sheets of his son who incidentally is a Child with Special needs.

A friend of that Assolna parent suggested that he meet Perves Gomes, Goa’s Deputy Director of Accounts who would find a way out. So with a ray of hope the parent on 11th July went and met Perves Gomes in his chamber at the Directorate of Accounts in Panaji. The parent was stunned on being told by Perves Gomes that it would cost him two lakhs for his son to be declared passed by the Goa Board. Pervis Gomes told the parent to meet one Makarand Pandit and that he would get the job done. Makarand Pandit reportedly runs a partnership business at Margao with Perves Gomes and also supplies stationery to the Goa Board.

The distressed parent went and met the Chairman of the Goa Board J.R Rebello and narrated to him the entire sequence of events and conversations he had with Perves Gomes, Makarand Pandit and Agnelo Monteiro. Chairman Rebello heard the parent but gave him a very cold shoulder.

Promising action Chief Minister Manohar Parrikar told the parent that his OSD Upendra Joshi would soon revert back to him. Over the last two weeks the agonized parent has been repeatedly visiting the Chief Minister’s office and with no action forthcoming has now realized that the Government’s slogan of Zero Tolerance to Corruption is infact only on paper while the ground reality is that there is absolutely no action against the Corrupt. With the parent having voice recorded and video footage of his conversations with Perves Gomes, Makarand Pandit and Agnelo Monteiro, heads should have rolled, but Manohar Parrikar as expected has been shielding the corrupt and their black deeds.

After having failed to pay up the bribe demanded, as expected the parent has been now intimated that on revaluation of the answer sheet, his son continues as failed by that one mark. Having reconciled to that reality, the now much traumatized parent only hopes that by exposing his case to the rest of the student community, at least the Temples of learning will be spared from this Cancer of Corruption. 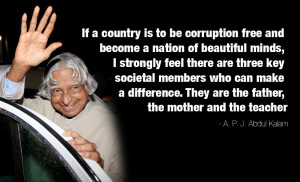 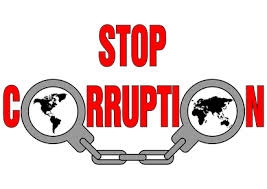