The awfully tainted Police Sub Inspector Sandhya Gupta attached to the Panaji Women’s Police Station has told me that she was going to file a defamation case against me. I am eagerly looking forward to this yet another grand thriller. The last one was when the then Advocate General Subodh Kantak in 2008 filed a 15 crore defamation suit against me which from the lower Court to the High Court travelled all the way to the Supreme Court came to a cropper. The outcome of that defamation suit is now history.

On Sandhya Gupta, what I have rightly placed in public domain for the information of the citizens is her gory tale from the official records. Besides not having a clean track record as a Police officer, Sandhya Gupta has demonstrated her crafty ability to continue in office, due to her optimum skills in keeping close contacts and being in good books with her superiors with the tenor of her voice and content exposing it all.

Sandhya Gupta on 29th July 2002 with the devious assistance of then Panaji BJP Councilor Pritam Rane managed and manipulated her way to be appointed as Police Sub-Inspector while Manohar Parrikar was the Chief Minister. On 10th October 2007 while posted at the Anti-Narcotic Cell, Sandhya Gupta was dismissed from service after a constable working under her was caught red-handed accepting a bribe allegedly on her behalf. She later managed to get reinstated and as an accused in that case is now facing trial on serious bribery charges before the Prevention of Corruption Court.

With Zero Tolerance to Corruption being the so called mantra of this government, how has a stained Sandhya Gupta been given a posting at the Women’s Police Station which has a wide window of opportunity for Corruption? 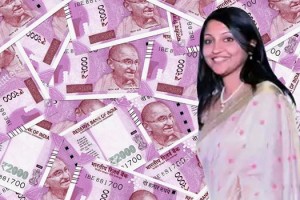