I would have been failing in my bounden duty if I had not sought the intervention of the Goa Human Rights Commission, as it is unacceptable that for no logical reason, the body of our dear warrior, Fr Bismarque Dias continues to rot in the morgue of the Goa Medical College for over 17 long months. Let the authorities in liaison with the family of Fr. Bismarque now decide what is best.

The High Court after perusing all the investigation papers has also not found anything wrong in the probe conducted by the police, but as required by law has directed that an F.I.R be registered in terms of the complaint that was filed by Fr. Bismarque’s brother. Now for any further investigation, the body of Fr Bismarque is not required. Leaving him for so long to decay in the morgue is an inhumane act of cruelty.

Let anybody please give one good valid reason as to why the body of our dear friend Fr. Bismarque Dias should continue to remain festering in the morgue while denying him his rightful final rites. 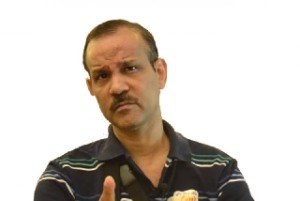