At the 2007 Assembly elections Goans voted for and got a fractured mandate. In 2012, Goa decided that it wanted a break from Congress corruption and hence gave a clear majority to the BJP. This resulted, as we all experienced, in absolute arrogance, more corruption and nepotism over the last five years.

Now, on February 4th, would it not be prudent that Goans overlook which party the candidate belongs to, and instead decide on the best person from the lot. 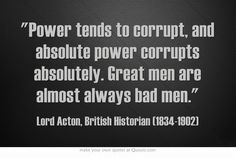 LET US SELECT AND ELECT THE BEST – Aires Rodrigues