For the Cumbarjua Congress MLA Pandurang Madkaikar who until last month was a bitter critic of the BJP,  his now sudden devious and unprincipled hobnobbing with the saffron party is only displaying Goa’s worst ever political prostitution.

After repeatedly branding this government as very corrupt and communal has Pandurang Madkaikar now chickened out after recently been threatened by the BJP with criminal and corruption cases?

The BJP which is known to be most untrustworthy seems to have deceitfully designed and carved out Pandurang Madkaikar’s political grave.

At the 2017 Assembly elections may the BJP and Pandurang Madkaikar politically rest in Peace for the better of Goa. 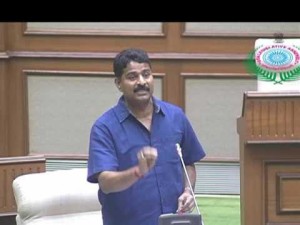