The people of Goa have been outraged at the manner in which the BJP Government has over the last four and half years displayed the highest levels of arrogance and gross misuse of political power.

Prime Minister Narendra Modi arrives tomorrow to lay the foundation stone of the Mopa Airport and the Tuem Electronic City at a function which will be held at the Dr Shama Prasad Mukherjee Stadium in Bambolim.

The function is a State function and not a BJP congregation. But the BJP has very high-handedly managed and manipulated to deck the entire route and entrance of the stadium with BJP party flags. This is highly reprehensible as no government function at tax payer’s expense can be allowed to be deviously converted into a conclave of a political party.

The onus is on the Chief Secretary of Goa to ensure that the rule of law prevails at all times but unfortunately we are doomed with a Yes-man very incompetent Chief Secretary by way of an awfully tainted R.K.Srivastava who post his retirement age has cunningly succeeded in snatching a second extension in service while merrily bowing and bending to the whims and fancies of his political masters. All this with a hope that he will be rewarded with a post retirement plumb posting so that Goa can be his retirement haven and resting place.

The BJP had in 2012 fooled Goans by promising Good Governance and Zero Tolerance to Corruption but has only taken Goa further down the tube. 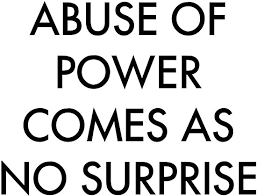