A very erroneous and highly misleading impression is sought to be portrayed by the BJP government that it is the High Court that is now allowing the sixth Casino to set sail in the River Mandovi.  It is more than apparent that this Offshore Casino operator, whose license had expired in 2011, had now in collusion and connivance with the Government moved the High Court in tandem.  Many eyebrows were raised as to how on this important issue,  instead of the Advocate General Saresh Lotlikar appearing for the State, the Government was represented by Dattaprasad Lawande a very close relative of former Advocate General Atamaram Nadkarni who has been the known legal Messiah of the Casino lobby.

So as part of a well stitched and securely sealed deal,  the government in the High Court instead of strongly opposing the renewal of that lapsed license, merrily conceded that it was not averse to allowing the sixth Casino.

It is now amply clear that the BJP while in the Opposition may have tactfully and deceitfully opposed Casinos but now while in Power they are willfully promoting the Casino culture as they cheerfully milk the golden cow which is pouring abundant moolah into the party coffers and overflowing the deep pockets of the ruling politicians. 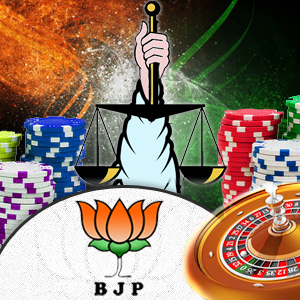