Goa’s very tainted Tourism Minister Dilip Parulekar who is well embroiled in a string of illegalities including the infamous Serula Communidade land grab case and the Multi crore beach cleaning scam now finds himself entangled in yet another controversory.

For not towing his corrupt line, the very malicious Dilip Parulekar has last week abruptly shunted to South Goa the Assistant Tourism Officer Jasmina Fernandes who was attached to the North Zone office at Panaji. This very vindictive and illegal transfer is contrary to the Government’s own Transfer policy as Jasmina Fernandes is reportedly due to retire in less than two years.

Due to this ruthless and very spiteful act by Tourism Minister Dilip Parulekar, this officer Jasmina Fernandes who has an unblemished record has been compelled to knock the doors of the High Court seeking justice, with the next hearing of her case scheduled for July 25th. The Director of Tourism Sanjeev Gauns Dessai has reportedly confessed that this high-handed transfer order was issued at the behest and directions of Tourism Minister Dilip Parulekar.

It is extremely unfortunate that after having dedicatedly served the government for decades, Jasmina Fernandes has had to move the Temple of Justice to brave this overbearing treatment meted out to her. We need to commend her for standing her ground and not having taking it lying down. Tourism Minister Dilip Parulekar must be hauled up but the Director of Tourism Sanjeev Gauns Dessai must also owe responsibility for having inappropriately acted as a caged parrot and been party to such a cruel illegality.

Less said the better on Dilip Parulekar’s gory tale from rags to riches but he is one of the many politicians Goa would be better off without. 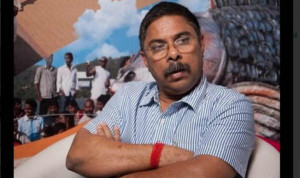